The art of the apothecary: an art of precision 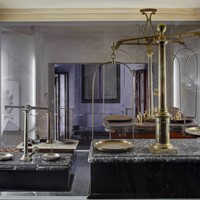 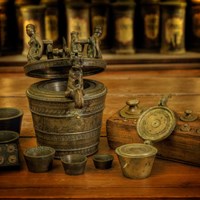 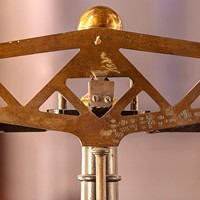 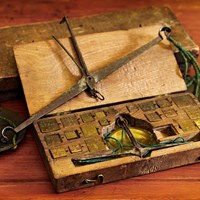 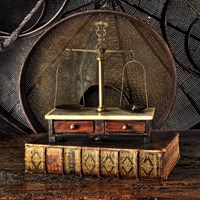 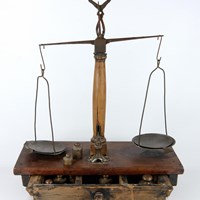 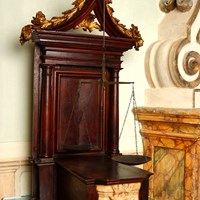 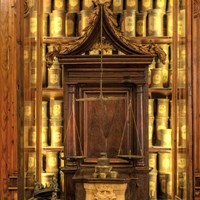 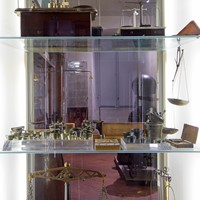 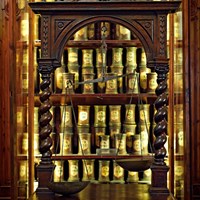 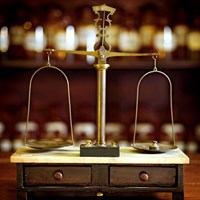 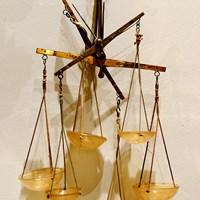 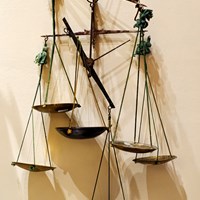 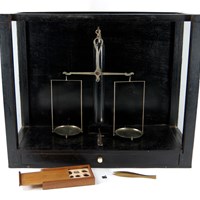 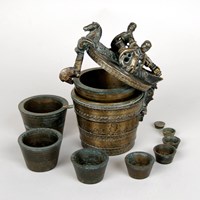 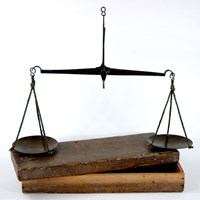 The weighing scale was an indispensable tool in the preparation of medicinal herbal recipes because the art of the apothecary was an art of precision. The efficacy of the remedy was closely linked to the harmonious proportion of ingredients and the dosage administered to patients.

The museum collection includes several types of scales, exploring the thousand year history of the instrument and the evolution in its construction technique.

The oldest known weighing scale dates back to 3000 B.C. The basic structure of this weighing instrument, with pans and a beam held up by rope, remain unchanged until 33 B.C. when the Romans introduced a completely metal version.

This is a scale with two arms of equal length.  Different versions exist for different uses, such as shop scales, heavy duty scales, jeweller’s scales, cereal scales, letter scales and analytical scales. Until the 19th century, scales were predominantly hanging, fixed or manual. An example of the latter type is the pocket or boxed version, whose purpose was to ensure that the owner could not be cheated. But balance construction techniques were revolutionised following the discovery of experimental chemistry in the mid-18th century, when an even more accurate scale became necessary for laboratory use. And so the balance scale made its appearance alongside the precision balance version, enclosed in a glass case to weigh powders protected from currents of air.